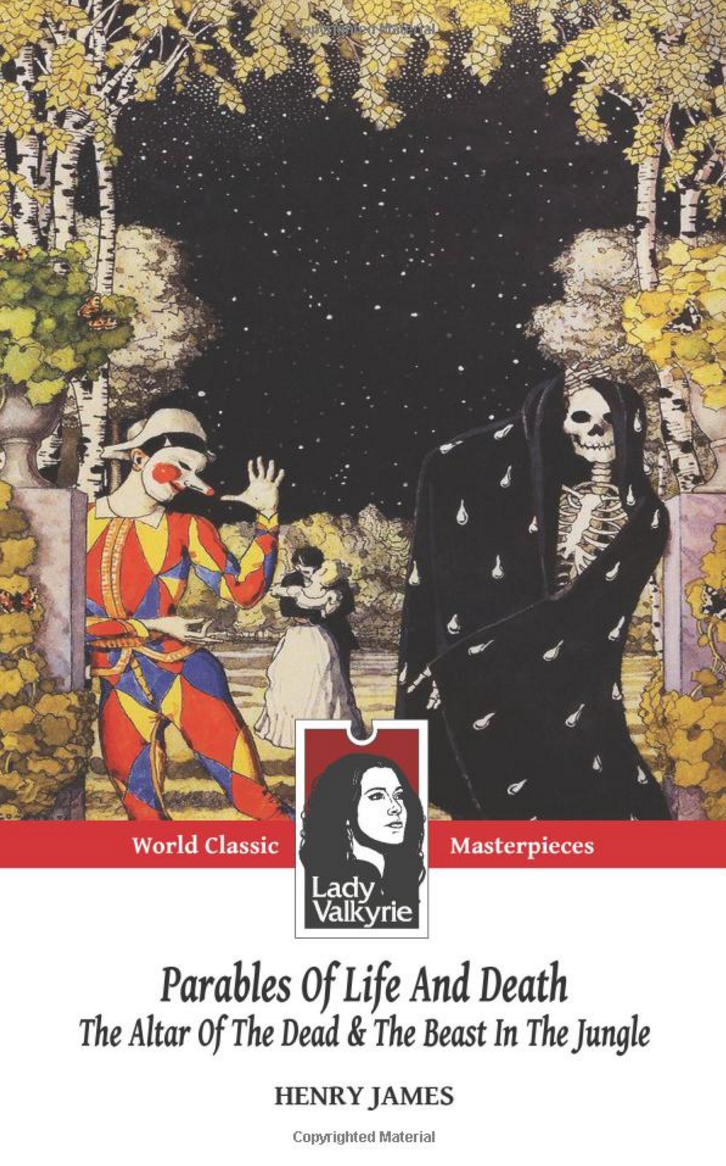 In this duo of classic and timeless stories, we explore the significance of life and death, in different yet similar circumstances.

In The Altar Of The Dead, the protagonist tries to keep the remembrance of his dead friends to save them from being forgotten entirely in the rush of everyday events; in attempting to accomplish his goals, the protagonist meets a woman who shares his ideals, only to find that the past places what seems to be an impassable barrier between them.

In The Beast In The Jungle, the protagonist is reacquainted with a woman, May Bartram, he knew ten years earlier. Yet, and despite fate having given them a second chance at love, her attempts to get close to him are compromised by a very peculiar belief; the protagonist believes that his life is to be defined by some catastrophic or spectacular event, waiting for him like a “beast in the jungle.”